Seth Godin On Being an Artist

Seth Godin says that you don’t need a paintbrush to be an artist. Your tools can just as easily be a spreadsheet, a text editor, or a pipette. Art is an expression of your creativity, your passion, and your personality, regardless of the medium you use to convey it.

I love this definition. I wish it was taught in schools. Imagine kids figuring out how the Pythagorean theorem works instead of memorizing the formula. Or kids that don’t ask “when am I ever going to use this?” because they have to spend time grappling with the questions before they are given the answers.

Here are some of the jucier quotes from Seth’s book Linchpin: Are You Indispensable?. This is the kind of book that will make your highlighter run out of ink.

Grit is the willingness to do whatever is needed to achieve long-term goals. Angela Duckworth at the University of Pennsylvania has been researching how grit correlates with activities like reaching the final rounds of the U.S. National Spelling Bee, or surviving the grueling first summer of training at West Point. She has found that being gritty is a better predictor of success than high IQ or SAT scores.

So, how do we become grittier? Is it even possible? Yes, it’s possible. How do I know this? I don’t, but I’m putting my money on the two techniques that I have used in my grittiest moments: outsourcing the decision to get started, and crafting an epic narrative.

A year and a half ago, artist Louise Ma started representing the multiple facets of love using simple skillful diagrams. More than 200 diagrams later, she still manages to surprise me with her piercing observations about the relationships that we have with the people we love, with those who we used to love, and with ourselves.

Here are three of my favorite pieces.

The Truth About Hair Conditioners and Blue Eyes 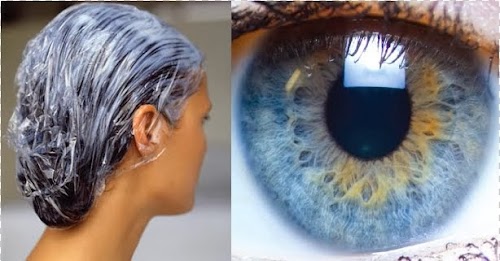 I went to get a haircut the other day and my hairdresser convinced me to buy a fancy pack conditioner, which, she swore, was a thousand times better than your everyday conditioner, although she didn’t know why. After forking out the money, I walked back home fashionably stimulated but scientifically unsatisfied, and I decided to try to decipher the ingredients list from my latest acquisition and understand what made them so special.

Tim Minchin and the Power of Language

Tim Minchin is an irreverent, smart, and mercilessly funny comedian and musician. He has been recently awarded with an Honorary Degree from the University of Western Australia. During the ceremony he gave an occasional address, as he calls it, sharing nine of his poignant life lessons.

The National Emerging Infectious Diseases Laboratories (NEIDL) is a $200 million research facility built by Boston University. The National Institutes of Health (NIH) agreed to co-fund the project in 2006, but several court injunctions have kept most of its brand-new highly equipped laboratories ridiculously empty.

A recent federal ruling by US District Court Chief Judge Patti Saris determined that the risks to the public associated with the NEIDL are “extremely low, or beyond reasonably foreseeable” and that its current location in Boston’s South End neighborhood poses no greater threat than if it were located in a different suburban or rural area. One more state court lawsuit (which will be decided later this year) stands as the last major obstacle before BSL-3 and BSL-4 research starts taking place at the NEIDL.

A Simple Fix to Improve Sentences

One of the reasons why I maintain a blog is to become a better writer. I was doing a little text mining on my previous posts and I realized that I tend to start sentences with There is and There are when it is not really necessary. For example:

This type of sentences are almost always improved by removing the there is/are:

What Happens Inside of a Mosquito Bite 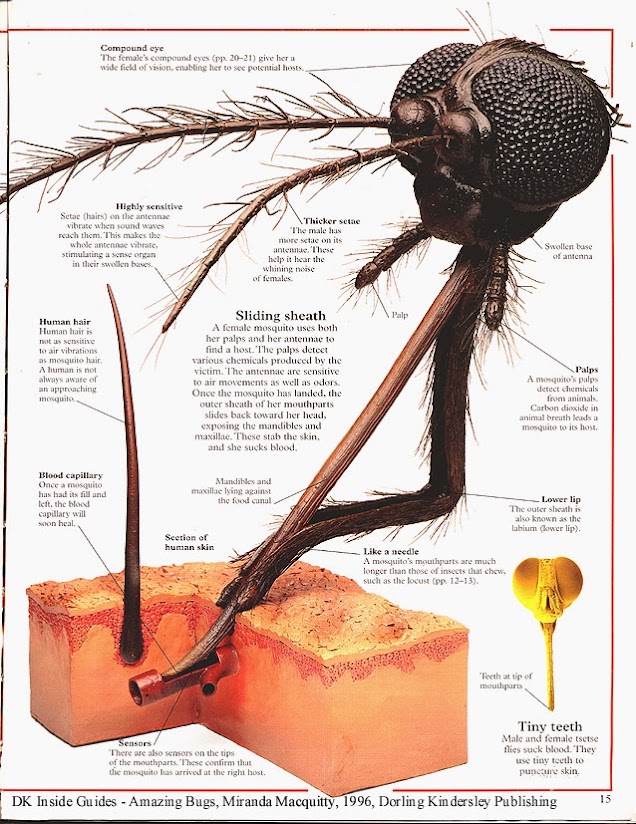 A mosquito bite is much more sophisticated than a needle prick. The mouthparts that penetrate the skin are surrounded by the labium (lb), which folds and stays outside, the maxillae help make the puncture, the labrum is the tube that sucks up the blood, and the hypopharynx sends saliva down. Once inside the skin, the labrum bends and probes until it finds a capillary (which can take up to two minutes).

Hunting for Viruses in French Guiana 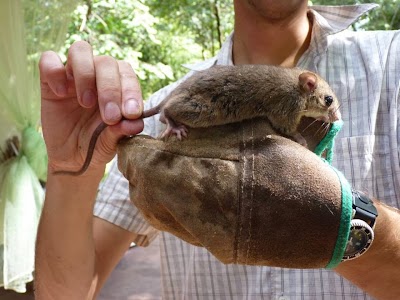 I don’t know who that is, but it sure ain’t me.

The International Division of the Pasteur Institute has generously awarded me a grant to carry out a 4-month research internship in its branch located in French Guiana. The goal of the project is to determine the viral biodiversity of multiple species of rodents living in different habitats in the region.

Stuart Firestein is a neuroscience professor at Columbia University. For the past seven years, he has been teaching a course called Ignorance, where he invites scientists to talk to his students for a couple of hours about the state of their ignorance: what they didn’t know a few years ago and know now, what they would still like to know, why it is important to know it, and how they plan to find out. He’s funny and clever. His TED talk just came out: